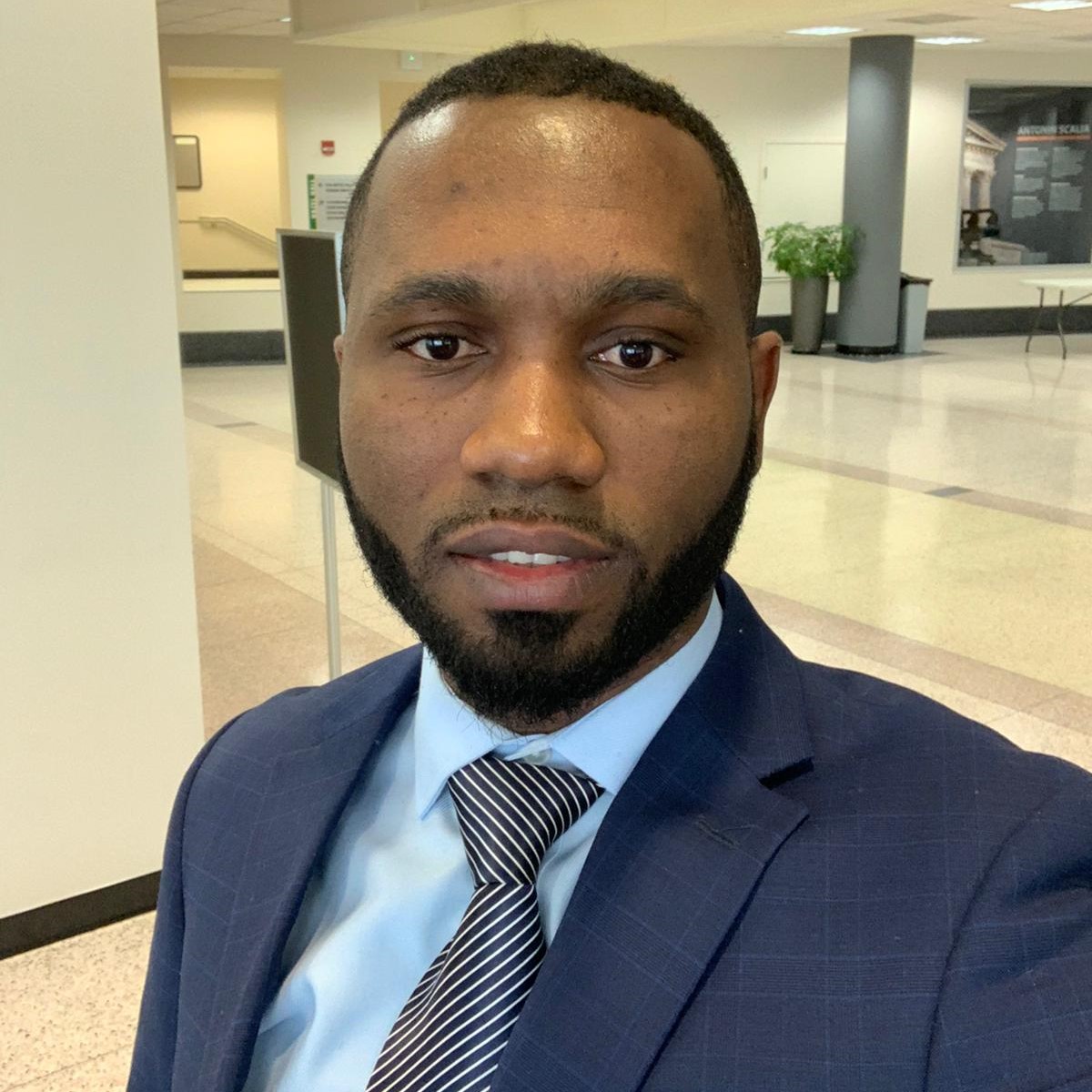 Georges Tchamdjou, J.D., is the second and former Vice President of ComMigen.
Just a few months after he had joined the group, he immediately stepped up into key responsibilities to lead our organization. He worked diligently with IT experts to implement ComMgen’s very first Election procedures. ComMigen is now proud to have uniquely exciting and transparent debates and a modern election process.
With his legal background, he has helped the subsequent Executive teams to draft several policies and amendments affecting our Organization.
Georges is now a remote member but has always shown a commitment to the core values of our organization.
He recently graduated from Law School in Maryland and currently works for the Federal Government (The Social Security Administration Headquarters).